The Most Interesting 420 Celebrations Around the World

The deeply entrenched layers of cannabis prohibition are being pulled back in the United States. As such, many Americans are gaining an increased curiosity and renewed interest in all things related to the plant. One of those interests involves 420 celebrations around the world.

How do other global cultures celebrate the day widely regarded as the Holiday for Cannabis? Do countries view April 20th in the same regard as Americans? Are there similar protests on or around 4/20? Read on as we answer these questions and more in this article.

Before we dive into global 420 celebrations, we would be remiss in neglecting to briefly mention the Origins of 420. Here in 2021, the term 420 supposedly turns 51 years old – as the legend so goes that the phrase started being used circa 1971. Contrary to popular belief, 420 is not the San Francisco police code for marijuana possession, nor is it found in song lyrics.

According to the 420 Origin Story, it was students of the San Rafael High School in Marin County, California that introduced 420 into the counterculture vernacular. These students used the number around unsuspecting adults to consume cannabis. 4:20 in the afternoon was the perfect time to do so – as they were out of school, yet their parents had not yet come home from work. This merry band of pranksters eventually named themselves the Waldos, and the rest, as they say, is history.

What better way to start off our list of Worldwide 420 Celebrations than in the place where it all started? Cannabis legalization has come a long way since the origins of 420, and the Golden State has been the pioneer at the forefront of that. Each year in San Francisco, over 15,000 cannabis advocates head to the Golden Gate Park for the 420 Hippie Hill Festival.

California’s premier 420 event is an annual celebration of all things cannabis – and it’s free. Attendees can bring their smoking devices, as long as they aren’t made of glass. The 420 Hippie Hill Festival features live music, food trucks, and vendors. The festival was canceled in April of 2020 and 2021 due to COVID-related restrictions on large public gatherings. However, festival attendees look forward to hopefully returning to Hippie Hill to celebrate once again, on 4/20/22.

Following in the footsteps of their neighbors, Colorado took California’s lead and got the ball rolling with recreational cannabis legalization. Passed in 2012, Colorado’s Amendment 64 took effect on New Year’s Day 2014, effectively becoming the first U.S. state to legalize recreational cannabis. Since then, millions of canna-tourists have made the marijuana mecca to the Centennial State to enjoy the area’s strong herb-loving community.

Each year on 420, tens of thousands of cannabis enthusiasts attend the Mile High 420 Festival in Dever’s Civic Center Park. As was the case in California, the last big 420 fest in Colorado was in 2019. Over 50,000 attendees enjoyed the event in 2019, with live performances from hip-hop artists T.I. and Jermaine Dupri.

Our neighbors to the North recently legalized cannabis at the national level. However, the country famous for hockey and Maple Leaves has been friendly to the sweet leaf for quite some time. As such, 420 celebrations draw large crowds in Canada, and two of the most prominent of which take place in the 420-friendly cities of Toronto and Vancouver.

The 420 event in Toronto features performances from live bands, as well as merchandise and food vendors. Canada’s ‘Prince of Pot’ Marc Emery makes his appearances as a guest speaker on the 4/19 celebration, as do prominent activist groups like Women Grow and Crop King.

Canada’s other prominent cannabis event is 420 Vancouver, which is celebrating 26 glorious years of festivities surrounding green buds. Just like events in Toronto, Colorado, and California, 420 Vancouver features live music, food trucks, vendors, and guest speakers. All live events in Canada have also been canceled in 2020 and 2021, but should hopefully pick back up in 2022.

Long-viewed as the cannabis capital of the world, Amsterdam has been a dream destination for consumers and enthusiasts for decades. The world-famous Amsterdam Elite Cannabis Cup Festival starts on April 18th and has been taking place for over 30 years.

Steve Hager, the Lead Editor of High Times, started the Cannabis Cup in 1987, and the event has grown in popularity every year since. Most recently, the Cup Festival added infused lunches to its list of attractions, in addition to its coffee shop tours, live music, and guest speakers.

There are still relatively strict restrictions on cannabis in the U.K., but the plant’s illegality doesn’t prevent attendees from flocking to the London 420 Rally. The annual London 420 Rally is held in Hyde Park and is both a celebration of the plant and a mass protest against the country’s continued prohibition of the herb.

Londoners aren’t the only ones in the United Kingdom that get to celebrate a live event on 420. For nearly a decade, the annual Hempstock event has taken place in Glasgow, Scotland. Eager attendees awaken at a surprisingly early hour in the morning to celebrate 420, with the event starting at 10 am. Event attendees treat themselves to live music, food, and a plethora of paraphernalia that is on sale.

Just like the United Kingdom, cannabis is illegal in the majority of Australian provinces. However, the Australian Capital Territory (ACT), passed in 2019, legalized the possession of up to 50 grams of cannabis for adults aged 21 and older.

This grey area of legality, just like in the U.K., doesn’t stop Aussie cannabis enthusiasts from gathering at events like the one in Sydney and Melbourne. Both events are called the 420 Picnic. The 420 Picnic in Sydney features events like competitions on joint rolling, and free prizes are given away.

The 420 Picnic in Melbourne is organized by the Australian Free Cannabis Community, and the event takes place in the Flagstaff Gardens. The 420 Picnic in the Park event has been held for a decade now, but like the other events on this list, has been put on hold in recent years due to the coronavirus pandemic.

As you can see, there are many amazing 420 events to attend, matter where in the world you live. Unfortunately, there are few, if any, 420 celebrations taking place in Asian cultures currently.

Hopefully, we will see that change along with the evolving climate of cannabis legalization and the evolving public perception towards the plant the world over. The future is bright for both legal cannabis and the many ways we choose to celebrate the plant on its dedicated day of 420. 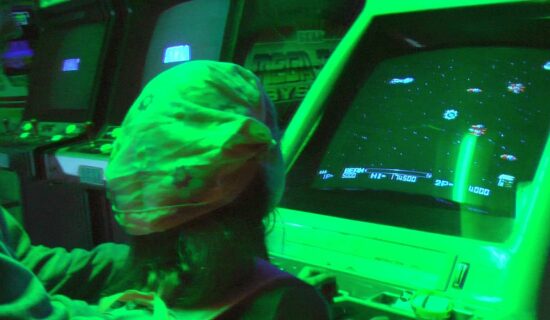 420 Gaming Guide: Our Top 5 Picks for Playing on Chill Mode

You just got home from a tough day, your tired, your feet hurt, and you’re... 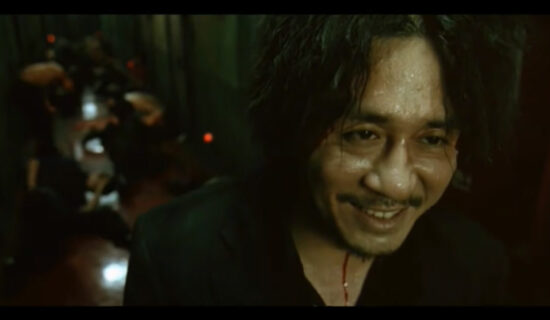 There are movies we watch to laugh, cry, love, and keep us in suspense. Then...